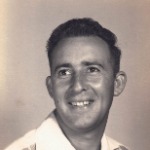 *BASKETBALL – (4) YEAR LETTERMAN *OUTSTANDING DEFENSIVE BASKETBALL PLAYER” (At VHS, Myron was known for his OUTSTANDING DEFENSIVE skills on the coast. He was given the task of guarding the opponents best offensive player. Generally, defensive basketball players are not given credit for their outstanding play by the media. On December 20, 1951, Myron was acknowledged by The Chronicle Star Newspaper-Pascagoula for holding Pascagoula’s SUPERSTAR FORWARD to nine points. Vancleave went on to beat Pascagoula by nine points, 31-22.) *In 1954, he was announcer for the very FIRST Vancleave High School football team. KNOWN TO ALL AS “THE VOICE OF THE VANCLEAVE BULLDOGS” for (43) YEARS. *FOUNDER and FIRST PRESIDENT of the VANCLEAVE QUARTERBACK CLUB. *ACTIVE MEMBER of the VANCLEAVE LIONS CLUB. *FOUNDER and FIRST COACH of the VANCLEAVE LITTLE LEAGUE BASEBALL PROGRAM. *LIFELONG, LOYAL FAN and SUPPORTER of VANCLEAVE ATHLETICS. 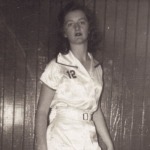 Vancleave High School Class of 1955 *BASKETBALL - (3) YEAR STARTER/LETTERMAN as a DEFENSIVE GUARD *1953 – VHS TEAM CAPTAIN *1954 – VHS TEAM CAPTAIN *AN OUTSTANDING “BALL HANDLER” and “DEFENSIVE BASKETBALL PLAYER” In the early beginnings of women’s basketball, the girls played three-on-three basketball in the State of Mississippi until the Rover System was introduced the 1969-70 season. Mary Ellen played three-on-three. The floor was divided into offensive and defensive halves. Each team had three guards who only defended and rebounded on their end of the floor while the three best scorers were used only on the offensive half of the court. As a guard, it was Mary Ellen’s responsibility to get the ball to her FORWARD TEAMMATES at half-court after the opponents had scored a basket. Her excellent dribbling skills and speed afforded her to avoid being trapped as she brought the ball up the court. On defense, with her quickness and speed, she played the one-guard at the top of the key. In a (1-2) Zone, the one-guards responsibility was to cover the ball from wing-to-wing. In a man-to-man defense, she was assigned to guard the opponent’s best shooter. As a testament to Mary Ellen’s defensive skills, her former VHS coach Ty Pearce said, “Mary Ellen is the BEST DEFENSIVE PLAYER that I’ve ever coached or coached against.” Coach Pearce, formerly coached against Mary Ellen and her VHS teammates as the Head Coach at Broom School. TEAM CHAMPIONSHIPS: *1952 – LYMAN INVITATIONAL TOURNAMENT CHAMPIONS *1954 – DISTRICT 8 B-BB SOUTH REGION TOURNAMENT CHAMPIONS of JACKSON COUNTY and HARRISON COUNTY SCHOOLS. *1953 – VHS “MOST ATHLETIC GIRL” *1954 – VHS “MOST ATHLETIC GIRL” 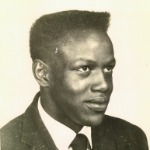 Elizabeth Keys High School Class of 1959 *FOOTBALL *MEMBER of the FIRST HIGH SCHOOL FOOTBALL TEAM at ELIZABETH KEYS HIGH SCHOOL in Ocean Springs in 1958. *1958 – EKHS “MOST VALUABLE PLAYER” *PLAYED RIGHT GUARD on DEFENSE and RIGHT TACKLE on OFFENSE. *HIS ATHLETICISM and STRENGTH ON THE GRID IRON QUICKLY LANDED HIM THE NICKNAME, “THE MIGHTY BOMBER.” WEIGHING 165 LBS., HE WAS KNOWN FOR “KNOCKING THE BIGGER PLAYERS ON THEIR BOTTOMS.” *HE PLAYED IN GAMES AGAINST PICAYUNE, WIGGINS, NICHOLS HIGH (BILOXI), and MAGNOLIA HIGH SCHOOL (MOSS POINT). *ONE OF THE BIGGEST PERFORMANCES WAS WHEN HE WAS MATCHED UP AGAINST VERLON BIGGS (JACKSON STATE UNIVERSITY, NY JETS-SUPER BOWL III, WASHINGTON REDSKINS) WHERE HE FONDLY REMEMBERS “DROPPING A BOMB ON VERLON and TACKLING HIM TO THE GROUND.” *THOUGH THE TEAM WAS A NEW BEGINNING TEAM WITH USED EQUIPMENT FROM THE ALL-WHITE HIGH SCHOOL NEARBY THEY MADE THE MOST OF THEIR OPPORTUNITY TO ENJOY THE GAME. 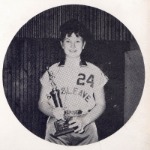 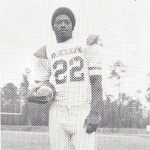 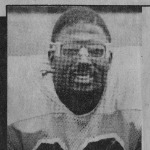 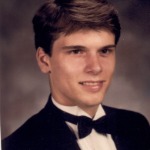 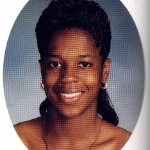 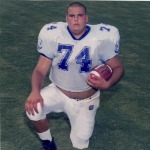 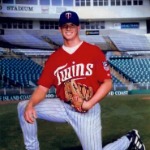 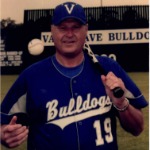 Vancleave High School Coach/Administrator (1989 - 2008) BASEBALL TEAMS ACHIEVEMENTS: *1990 – DISTRICT 8-3A Runner-Up *1991 – DISTRICT CHAMPIONS *1992 – DISTRICT CHAMPIONS *1993 – DISTRICT CHAMPIONS *1994 – DISTRICT CHAMPIONS *1994 – SOUTH STATE Runner-Up *1990 *1991 *1992 *1993 *1994 – SOUTH STATE PLAYOFFS *While serving as Baseball coach & Softball coach, and Athletic Director, he designed the current softball and baseball facilities. He assisted in the construction and maintenance of both fields. *1993 – 2008 PRINCIPAL, VANCLEAVE MIDDLE SCHOOL *2X – PRINCIPAL OF THE YEAR, VANCLEAVE MIDDLE SCHOOL *2X – ADMINISTRATOR OF THE YEAR, JACKSON COUNTY SCHOOLS *Prior to his time at Vancleave, he was a three-sport high school standout (football, basketball, & baseball) at Notre Dame High School in New Jersey. He played baseball at Delta State University and currently hold the record the most no-hitters in a season/career in DSU history and the Gulf South Conference to this day. A Hall of Fame inductee at Notre Dame High School and Delta State University. *Drafted by the Boston Red Sox a Pitcher. His professional baseball career was cut short by an injury. *As a teacher, coach, and administrator for 34 years. After spending 17 of those years at Vancleave Schools, he retired in 2008. Coach Hubal has been a blessing to the Vancleave community, students, and athletes. 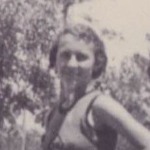 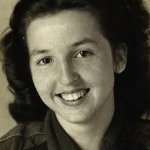 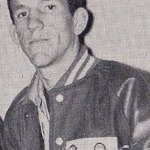 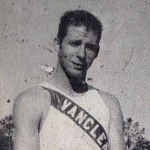 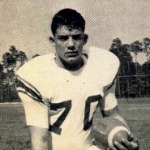 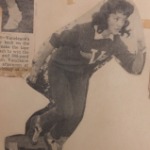 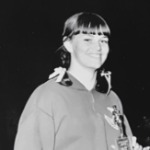 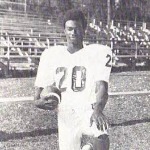 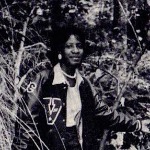 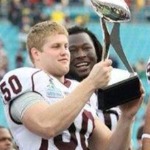 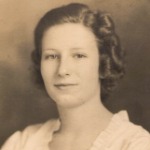 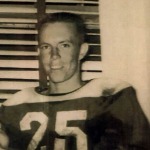 Vancleave High School Class of 1957 * A (3) YEAR LETTERMAN AND STANDOUT ATHLETE IN FOOTBALL, BASKETBALL, TRACK, BASEBALL AND TENNIS. FOOTBALL * 1954 - DAVID WAS THE SCHOOLS’ FIRST QUARTERBACK. BASKETBALL * IN BASKETBALL, HE WAS A VERSATILE PLAYER RUNNING THE POINT. ALSO, PLAYING FORWARD OR THE CENTER POSITION, IF NEEDED. TRACK * IN TRACK, HE RAN THE HURDLES AND A TEAM MEMBER OF THE 880 RELAY TEAM. BASEBALL * IN BASEBALL, DAVID WAS PITCHER AND PLAYED 3RD BASE. * DAVID WAS AN OUTSTANDING ALL-AROUND ATHLETE. 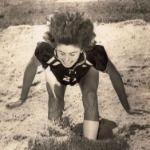 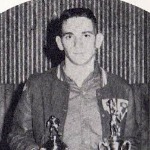 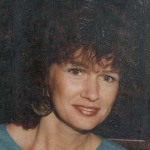 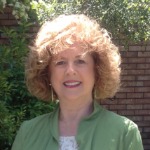 Elizabeth Keys High School Class of 1968 *A (4) YEAR STARTER/LETTERMAN IN BASKETBALL AND FOOTBALL. *A GRADUATE OF ELIZABETH KEYS HIGH SCHOOL, HIS TALENTS LED HIM TO A FOOTBALL SCHOLARSHIP AT MISSISSIPPI VALLEY STATE UNIVERSITY. *A (4) YEAR STARTER AT MVSU AS AN OFFENSIVE LINEMAN. *1971 – ALL (SWAC) SOUTHWEST ATHLETIC CONFERENCE “SECOND-TEAM OFFENSE” *1971 – ALL-STAR FOOTBALL GAME - John was selected to play in the first Black All Star Football Classic in history. The All-Star Game was held in the Houston Astrodome on December 4, 1971. It was staged as an annual fall event to showcase senior talent from predominantly Black Colleges and Universities. Also, a portion of the All-Star Game proceeds were used to help the Sickle Cell Disease Research and the Music Scholarship Fund and was billed as a National Association of Intercollegiate Athletics Special Event. *UPON GRADUATION IN 1972, FROM MISSISSIPPI VALLEY STATE COLLEGE, JOHN ACCEPTED A TEACHING-COACHING POSITION AT VANCLEAVE HIGH SCHOOL FOR TWO YEARS. PROFESSIONAL FOOTBALL – NFL BALTIMORE COLTS *1974 NFL BALTIMORE COLTS - (6’ 2” – 245) ROOKIE FREE AGENT WITH THE BALTIMORE COLTS AS DEFENSIVE LINEMAN. AS A ROOKIE, HIS NFL CAREER WAS CUT SHORT DUE TO AN INJURY. 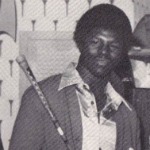 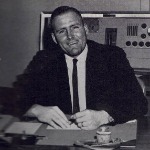 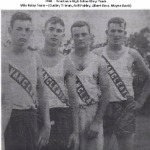